2022 has been an interesting year for golf already, with the emergence of new stars like Scottie Scheffler and even entirely new (and controversial) tours. Something that always gets people talking every year though is new clubs. Now that the season is fully underway, I’m going to go through what the highlights of this year are equipment wise from what I’ve seen in my fittings. 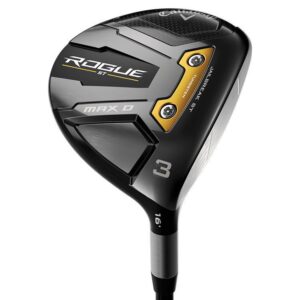 At the end of last year/start of this year the big conversation piece in the golf equipment world was all about drivers. However much of the conversation was centred around the Taylormade offering, the Stealth, with it’s eye-catching red face finding it’s way into Tiger Woods bag it’s easy to understand why. We even had multiple calls to the shop the day after it’s first public appearance to ask if it was in yet, such is the power the Big Cat still holds over the golf industry. But it is the slightly less lauded Callaway Rogue ST that’s stolen the spotlight for me when I’ve got it into people’s hands.

When looking for optimum performance from a driver high launch/low spin is the main focus for most manufacturers and Callaway have nailed this one, the Rogue ST in all of its forms produces a consistently high launching driver but the kicker is the spin is always on the low side. Add into the equation that even as you get into the specifically low spin models the forgiveness stays there you’ve got a recipe for success. By quite some margin this year Callaway are out in front with their woods. 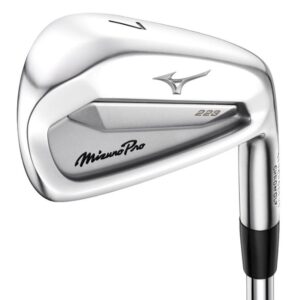 For many people the name “Mizuno” is always associated with the gold standard for irons, heralded for their feel and classic style they’ve always been a popular, if somewhat old-school, option. This year however they’ve taken that and brought it into the modern iron market with the new Mizuno Pro range. Not wanting to be left behind by their long hitting competitors, there is a noticeable push towards ball speed and distance while still retaining the look and feel of Mizuno which make them such a favourite.

While the bladed 221 offering has been slightly tweaked from last year’s MP-20 offering, the real changes are found in the 223 and 225. These heads, while looking sleek and relatively compact, are packed with technology like variable face thickness and a hollow back design

which increase ball speed. The great capacity for launch in these heads also means they can afford to put them in stronger lofts for even more distance. These irons also blend fantastically well into each other for more help wit the long irons and more spin in the short irons. A fantastic modernisation for an already exemplary iron producer. 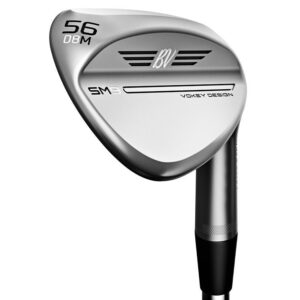 Not particularly ground-breaking this one. Vokey is well known to be a favourite for wedge buffs, and I have to say I’m firmly in that camp. While it’s tempting to put in the new Ping Glide 4.0 with their expanded grind options and soft feel, I have to say Vokey still sits at the top in my opinion.

Fitters love options and the bounce and grind options are still the most comprehensive on the market. It doesn’t offer any gigantic difference in terms of performance compared to the SM8 model, the topline is a little thicker, following an industry trend towards bringing centre of gravity higher in the head to maintain spin, particularly on partial shots, but other than that Vokey’s “evolution not revolution” tagline is appropriate. If it aint broke don’t fix it! 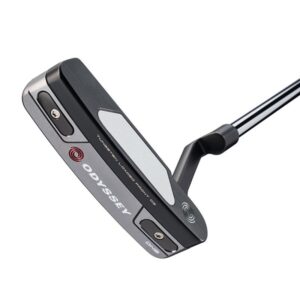 With the amount of variability in terms of which putter suits which golfer it is sometimes tough to pick one out, but a favourite of mine has certainly been the Tri-Hot 5k blades from Odyssey. The usual conversation around putters tends to be “well a mallet is more forgiving than a blade” and especially in England, when greens get slow, particularly in winter it puts a premium on stable putters so that when our stroke gets longer, we keep the face square even on off centre strikes. This is usually where blades fall down, but not the Tri-Hot.

With tungsten weights in the sole of the putter the Tri-Hot 5k feels noticeably more stable than traditional blades, and definitely feels like it stays square throughout impact. These weights can also but customized for precise performance. The Tri-Ho 5k really feels like the culmination of a few years of technology progression, with the stroke lab shaft and white-hot face insert they’ve thrown everything they possibly can into this putter to make sure it’s performs at it’s absolute best and it shows. It’s available in a few different blade sizes and styles with multiple neck options so there are loads of fitting options.

If you want to try any of these out, pop in and get fitted to see if your favourites match up to mine!

Book in for custom fitting here. 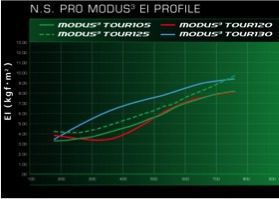